A Night of Latin Jazz

DuPage Community Jazz Ensemble and its director Dr. Matt Shevitz present a program that features internationally renowned drummer Ignacio Berroa! The great Dizzy Gillespie once said Berroa was “the only Latin drummer in the world, in the history of American music that intimately knows both worlds: his native Afro-Cuban music as well as Jazz.” 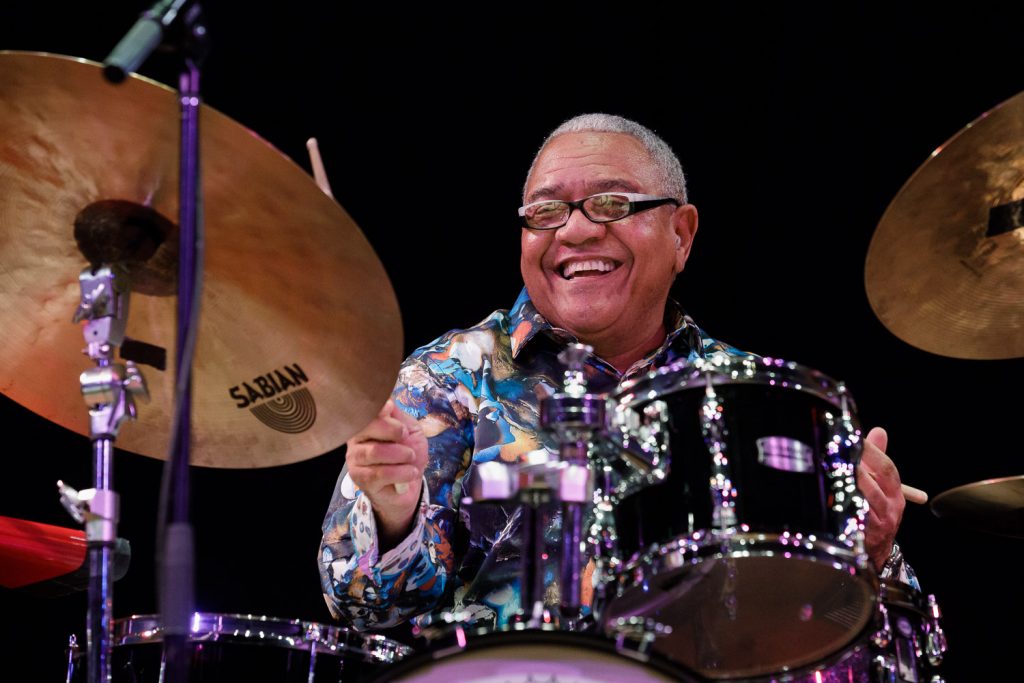 About the Ensemble: DuPage Community Jazz Ensemble performs dances and concert programs during the academic year as well as numerous off-campus performances. Its repertoire spans more than a century of large jazz ensemble compositions, including original work from members of the ensemble. The ensemble is a frequent presence at the Elmhurst College Jazz Festival, has performance at the Jazz Showcase in Chicago, and in 2004 was recognized by the United States House of Representatives for its work on behalf of the Armed Forces Children’s Education Fund. Music 1181, Community Jazz Ensemble, is a course at COD open to any musician interested in the American musical performance tradition.

About the Director: Matt Shevitz is an in-demand musician in the jazz, blues, and popular music scenes of Chicago area. He has performed alongside such internationally renowned jazz musicians as Dick Hyman, Ignacio Berroa, Howard Levy, Frank Capp, and Frank Wess along with blues/roots rock guitarist Eric Lindell and Ropeadope Records artists Spare Parts. Shevitz has performed at Jazz in the Park Festival (Milwaukee), Waterfront Blues Festival (Portland), Chicago Blues Festival, Lollapalooza and House of Blues in Chicago. Matt is a contributor to DownBeat Magazine since 2009 with articles analyzing transcriptions of great jazz solos as well as jazz theory and effective practice habits. Matt is a professor and the Director of Jazz Ensembles at the College of DuPage in Glen Ellyn, IL. He received a Doctor of Musical Arts in Jazz Performance degree from the Univ. of Illinois at Urbana-Champaign, Master of Music in Jazz Pedagogy from Northwestern Univ. and a Bachelor of Science in Music from the Univ. of Oregon.