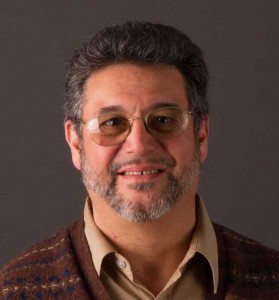 Richard Armandi (Bass, Tuba/Euphonium, Jazz Bass) is one of the most versatile and in-demand musicians and educators on the Chicago scene today. As a jazz bassist he has performed with such luminaries as Marion McPartland, Barry Harris, Bobby Shew, David Baker, Jamey Aebersold, Dick Hyman, Scott Hamilton, Carl Fontana and many others, and has performed with such stars as Rosemary Clooney, Bob Newhart, Martin Short, Phyllis Diller, Rich Little and many others. As a tubist he has performed with the Lyric Opera, American Ballet Theater, Grant Park Orchestra, Chicago Brass Quintet, and as featured soloist with the New Philharmonic, Ethos Chamber Orchestra, Concordia University Wind Ensemble, and at the 1992 International Tuba-Euphonium Conference. He has been recorded on many album projects including three with the Maxwell Street Klezmer Band, and on many commercial jingles. He is in constant demand as a bassist and tubist in almost every conceivable musical genre. As an educator he has served on the faculties of College of DuPage (Glen Ellyn, IL), Triton College (River Grove, IL), and Trinity Christian College (Palos Park, IL) teaching bass, low brass, jazz combo and improvisation. He has also served on the faculty of the Jamey Aebersold Summer Jazz Workshops since 1990.